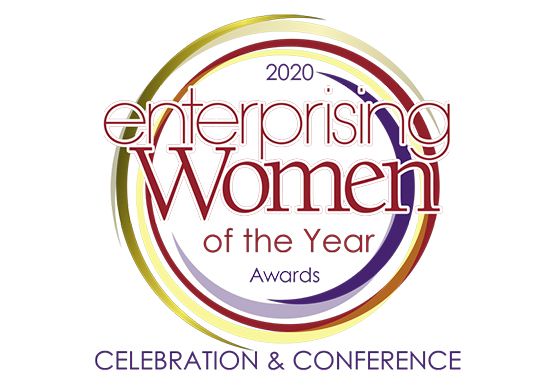 The Enterprising Women of the Year Awards is widely considered one of the most prestigious recognition programs for women business owners. To win, nominees must demonstrate that they have fast-growth businesses, mentor or actively support other women and girls involved in entrepreneurship, and stand out as leaders in their communities. Many of the honorees also serve as leaders of the key organizations that support the growth of women’s entrepreneurship.

Award winners were recognized in categories based on the annual sales revenues of their businesses. Finalists for the award, called Champions, were also named to the prestigious list of honorees.

The 2020 Enterprising Women of the Year Awards Celebration & Conference will bring together dynamic women business owners from North America and around the world for two-and-a-half days of top-notch workshops, networking opportunities, corporate sponsor exhibits, and awards presentations.

Partner organizations represented on the Enterprising Women Advisory Board and
supporting the 2020 event include:

DETAILS:
- For more information or to register to attend the 2020 Enterprising Women of the
Year Awards Celebration and Conference, visit  https://enterprisingwomen.com